When it comes to laminate, F&F has you covered. From installation, sales, etc.

Laminate flooring can be made to look like virtually any other type of flooring material. It can in fact feature almost any pattern the manufacturer thinks will sell. This type of flooring is becoming increasingly popular. If appearance were the only thing worth considering, it would likely be even more popular. Laminate flooring consists of four layers: a balance layer on the bottom, which rests on the subflooring and typically has moisture resistant properties, a core layer of high density fiberboard, by far the thickest layer, a thin layer upon which the pattern is printed, and a wear layer, another fairly thin layer usually comprised of a melanin resin, that protects the pattern and the plank itself. 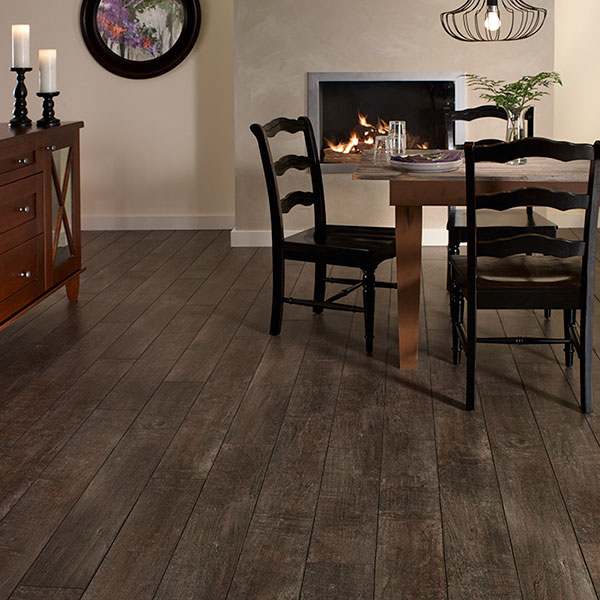 High Pressure Flooring Laminate flooring comes in two flavors, direct pressure laminate and high pressure laminate. The latter is most often purchased for commercial use, because it is stronger and much more durable. It is more expensive, but some homeowners prefer high pressure laminate, knowing their flooring will be exceptionally wear resistant. Clearance and discount outlets will often offer great deals on laminate flooring. While you may be happy to have purchased your flooring at a price that is “good for today only”, you will probably get what you pay for, and it definitely won’t be high pressure laminate. While more expensive than thinner laminate, thicker choices are still less expensive than hardwood flooring. Thicker planks absorb sound better and feel more solid to walk on. Laminate is durable. Stick to a top brand and you can expect many years of solid service. You have a huge selection to choose from, and laminate flooring is easy to install. You can do so yourself, and installation does not require the use of glues or adhesives. Should You Purchase Laminate Flooring? In most cases, the answer is a resounding yes! If you stick to high quality laminate, wear and tear should not be a concern, and laminate is less expensive and easy to install. There are two caveats however: If you have an upscale home in an upscale neighborhood, stick to hardwood to preserve the sales value of your home; and if you really want to save a lot of money by purchasing the cheapest laminate you can find, you will probably be sorry you did.